How We Got the Bible: A Historical Overview

In: Learning the Bible

As Christians, we know our faith is based on the bible, and that we should be reading the bible regularly. However, have you ever wondered how we got the bible in the first place?  Have any of these questions ever crossed your mind:

If you have ever asked any of these questions, trust me, you are not alone.   In fact, these are the type of questions we should be asking as we seek to know God more, and grow in our relationship with Him.

It is not only important to read, learn and study the bible, but it’s also important to know some basic history about where our bible comes from.

This post may contain affiliate links.  You can read my full disclosure here.

What is The Bible Comprised Of?

Let’s start with a few key facts about the bible, and address the question of ‘how old is the bible?’:

The Bible in its entirety tells the amazing story of the creation of mankind, our struggle with sin, and God’s ultimate plan for human redemption.

The Old Testament (OT) consists of 39 books, written between the period of approximately 1500 – 400 BC.   It tells about what life was like under the old covenant that God had with his chosen people, the Israelites.

The books of the OT are typically divided into four categories based on the time frame in which they were written, their authors and their content:

The New Testament (NT) consists of 27 books, written between the period of approximately AD 45-100.   It describes life under the new covenant that we have today.

The books of the NT are typically divided into five categories:

History Of How We Got The Bible

Now you know that some of the earliest manuscripts of the bible were written roughly about 3500 years ago, and you have a breakdown of what the bible consists of.

Now it’s time to see how it all actually came together to become the bible that we have today.

How The Bible Was Originally Written

First, I will address a question that often comes up – ‘did God write the bible?’

Although physically, the 66 books of the bible were written by a variety of authors, it is very important to acknowledge that each word of the original manuscripts were ultimately inspired by God Himself.  To put it plainly, the bible is the Word of God.

All Scripture is God-breathed and is useful for teaching, rebuking, correcting and training in righteousness.

For no prophecy recorded in Scripture was ever thought up by the prophet himself.  It was the Holy Spirit within these godly men who gave them true messages from God.

In some cases, as with Moses and the law (Exodus 34:27), God dictated while he transcribed.  In other cases God gave each author their own message to share, which that individual wrote with their own words, personality, perspective, and experience shining through.

The Old Testament manuscripts were written mainly in Hebrew, with some parts written in Aramaic.  At the time, the authors wrote on stone, clay, and even pieces of leather.

The New Testament was written in Greek.  The oldest manuscripts of the NT were written on papyrus, which is an ancient Egyptian plant that had stems that were used for writing material.   2000 years ago papyrus was actually the most popular writing material in the world, and even today it is still used for some specialty writings by artists and calligraphers.

Determination of What To Include in the Bible

Because the Bible wasn’t handed down from heaven as one complete, leather bound manuscript, religious leaders and scholars initially had to determine for themselves which books should be included with Scripture.  As you can imagine, it was very common for them to disagree about which books should be accepted into the official biblical canon, and which should not.

History tells us, that the individual writings of the bible were collected and recognized as inspired, divine, sacred authority, by councils of rabbis and church leaders based on careful spiritual guidelines.

While most religious leaders eventually agreed on the 66 books of the Protestant canon, there are several books that received (and still do receive) much debate in regards to whether or not they were inspired by God.  These books are known as the Apocrypha.

The books of the Apocrypha were included in almost every complete version of the Bible until 1825, even if only in an appendix or a separate section.  The Roman Catholic Bible, and the Orthodox Catholic Bible still contain the books of the Apocrypha.  However, they were dropped from Protestant Bibles altogether, as they were not recognized as being divinely inspired.

Although not included in Protestant Bibles, the value of the Apocrypha is attributed to the fact that they help us better understand the history, politics, and culture of the four-hundred-year period between the time when the Old Testament was completed and the time when the New Testament era began.

The Bible In Print

Eventually, scrolls of leather and papyrus were used to make copies of the Scriptures to distribute to the masses.  After AD 100, a papyrus codex (a bound volume of folded papyrus sheets sewn together) began to be used more than scrolls for mass production.

Remember, the Bible was originally written in Hebrew, Aramaic and Greek as those were the native languages of the authors themselves.  So unless people were taught Hebrew, Aramaic or Greek they would not be able to read, let alone understand, the original writings.

Thankfully, as the bible was carried to other countries, it was translated into the common language of the people by biblical scholars who wanted others to know God’s Word, and to ensure that the message reached the world.

The Bible was copied by hand, in many cases by special scribes.  They developed intricate methods of counting words and letters to insure that no errors had been made as they made copies of Scripture.

John Wycliffe, who was an English scholastic philosopher, theologian, biblical translator, priest and seminary professor, was one of the first to translate the bible into English.  The Wycliffe Bibles were inscribed by hand on vellum during the 1300s and 1400s.  Some copies took ten months to two years to produce, and cost a year’s wage.

So when was the first bible published?  Well finally, in 1455, the bible was actually the first book put into print with Johannes Gutenberg’s printing press.  It was printed in Latin.

The Bible We Have Today

Now let’s move forward to see how we got our bible that most of us read today.

Apart from translating the bible into various languages, over time different English versions of the bible were also published.  They are typically divided into three broad types:

Currently there are more than 60 English language versions of the Bible.  Most bibles will usually explain on its introductory pages, which of the three approaches was used in preparing it.

According to the Wycliffe Global Alliance (a large organization that serves in Bible translation movements around the world), as of December 2020, the full Bible has been translated into over 700 languages!  1,441 languages have the complete New Testament, and 1,160 languages have at least some portions of the Bible.

Wycliffe Bible Translators is currently working on over 2,700 translation projects around the globe!  Their goal is that, prayerfully within the next 10-15 years that at least 95% of people will have the complete Bible in their language.

Praise be to God, not just for inspiring men and women to write the bible, but also for the rabbis and scholars He put in place over the years who have translated it into various languages and versions, so that even you and I can read and learn it today!

Not to mention the fact, that the bible is also currently available online, in audio format, and via various bible apps that can be downloaded on our mobile devices (including sign-language Scripture apps for those who are deaf)!

Knowing how we got the bible, should give us a sense of gratitude and praise for all that God has done and is doing behind the scenes through His servants, to ensure we would have access to His Word today.

According to Guinness World Records, the Bible remains the most preserved, and best-selling book of all time!  As Christians, let us be sure to embrace the Word of God for the treasure it truly is.

The Word of God is more accessible today than any point in history, yet still underutilized and undervalued by many Christians.
Click to Tweet

** Many facts and figures in this post were taken from the resource below:

Be Sure to Also Read:

Encourage someone else today by sharing: 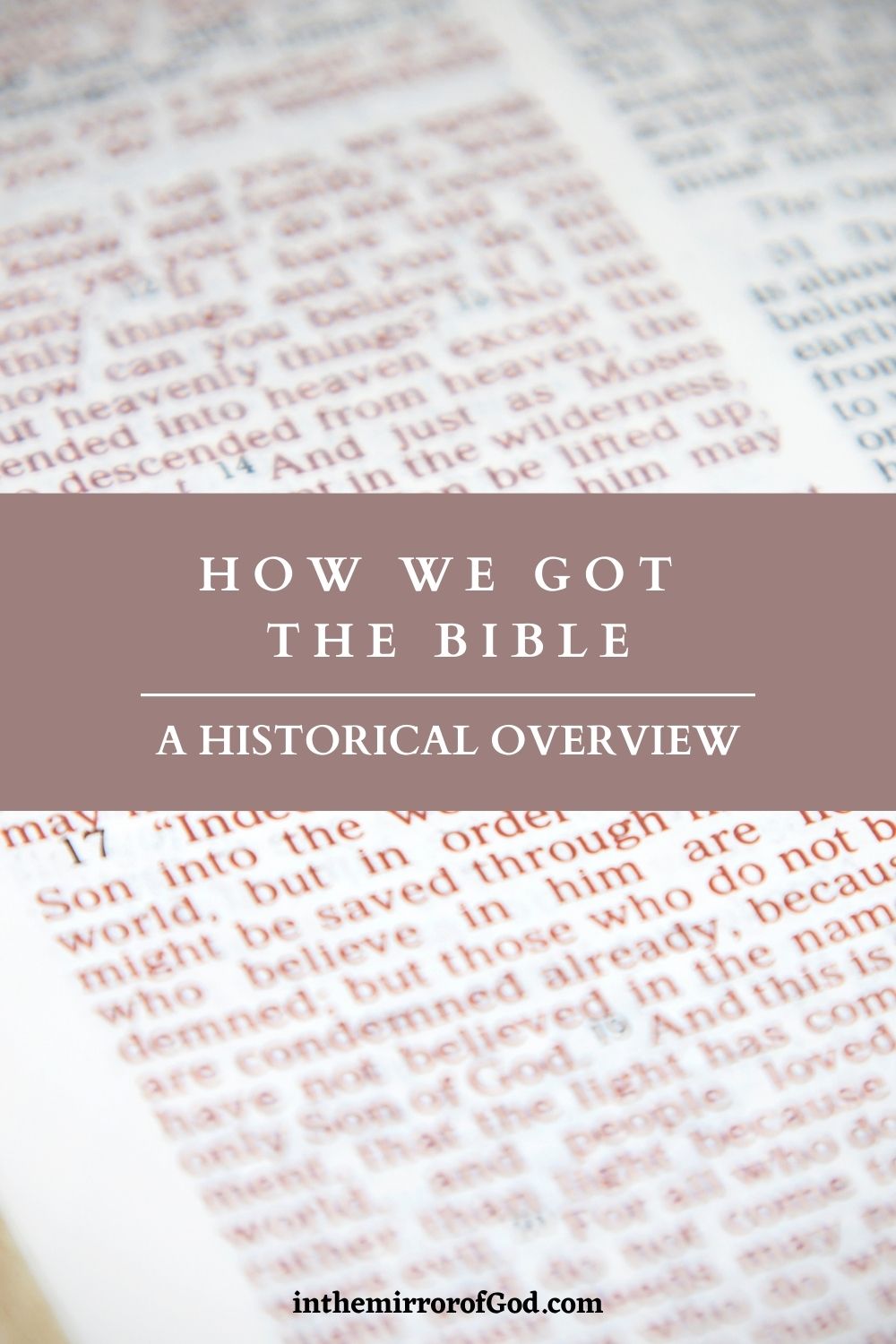 Welcome! I'm Demetra (Deme), and I love God and His Word, and I'm a fanatic about teaching others to learn and love God's Word as well! In the Mirror of God is geared towards teaching women how important it is to spend time looking into our spiritual mirror (the bible) regularly, so that we can cultivate a deeper relationship with God, conquer the challenges of life, and truly live and enjoy life the way God intended!

END_OF_DOCUMENT_TOKEN_TO_BE_REPLACED

8 Ways to Love “Not So Lovable” People

The 2 Essential Spiritual Goals Every Christian Should Have

5 Important Practices All Christian Mothers Should Be Intentional About 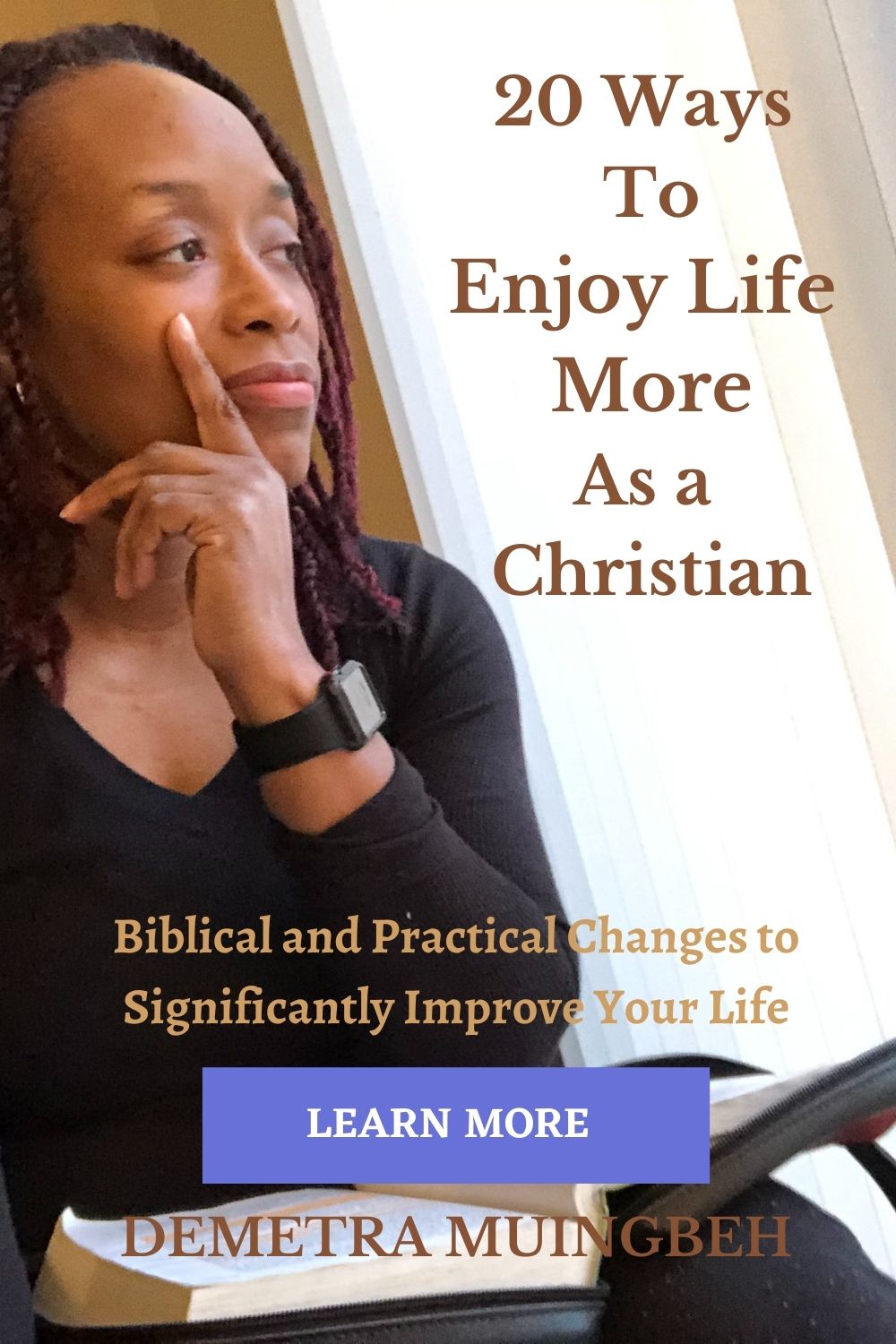 Are you truly enjoying life, or are you miserable as a Christian?  Learn 20 biblical, yet practical changes you can start making TODAY to  begin to actually enjoy life the way God intended. 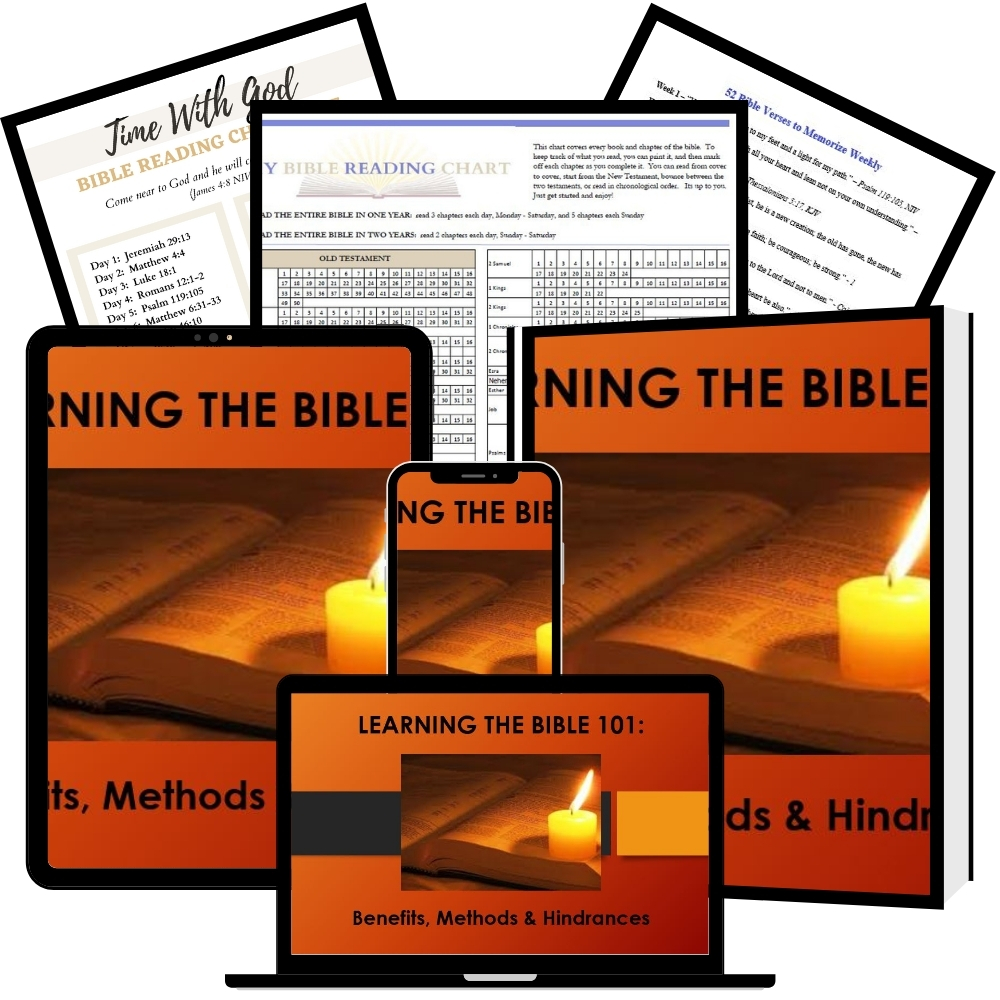 Your all-in-one course to make reading and understanding the Bible both simple and fun!

LEARN MORE
This website uses cookies to give you the most relevant experience by remembering your preferences and repeat visits. By clicking “Accept”, you consent to the use of ALL cookies.
Cookie settingsACCEPTREJECT
Manage consent

This website uses cookies to improve your experience while you navigate through the website. Out of these, the cookies that are categorized as necessary are stored on your browser as they are essential for the working of basic functionalities of the website. We also use third-party cookies that help us analyze and understand how you use this website. These cookies will be stored in your browser only with your consent. You also have the option to opt-out of these cookies. But opting out of some of these cookies may affect your browsing experience.
Necessary Always Enabled
Necessary cookies are absolutely essential for the website to function properly. These cookies ensure basic functionalities and security features of the website, anonymously.
Functional
Functional cookies help to perform certain functionalities like sharing the content of the website on social media platforms, collect feedbacks, and other third-party features.
Performance
Performance cookies are used to understand and analyze the key performance indexes of the website which helps in delivering a better user experience for the visitors.
Analytics
Analytical cookies are used to understand how visitors interact with the website. These cookies help provide information on metrics the number of visitors, bounce rate, traffic source, etc.
Advertisement
Advertisement cookies are used to provide visitors with relevant ads and marketing campaigns. These cookies track visitors across websites and collect information to provide customized ads.
Others
Other uncategorized cookies are those that are being analyzed and have not been classified into a category as yet.
SAVE & ACCEPT